Second Hitch, Monday through Thursday, and a local commute so we aren’t camping. There’s a strictly enforced 6 AM departure time from the house (which sweet Liam learned the hard way). Then it’s a roughly 40 minute drive to Imperial Beach, the most southwestern city in the United States.

Particularly we are working in Border Field State Park, which is within the Tijuana River National Estuarine Research Reserve.  Border Field is exactly what it sounds like. A quick glance over the water and you can see large white homes along the cliffside of Tijuana, Mexico. A Naval Outlying Landing Field is also just next door so there were up to 4 helicopters in the air at any given moment. They weren’t too loud as the coastal winds definitely cut the sound, but thanks for the earplugs mom and dad 🙂

The Border Field project has been going on since January with the aim to upgrade the major trails to current accessibility standards, particularly with the handicapped in mind. This generally meant building and restoring trail surfaces, bridges, and viewing platforms. For me and for the four days I was on this hitch, this meant BUILDING TURNPIKE BABY.

But really. My form is just a lot better than Travis Scotts’… 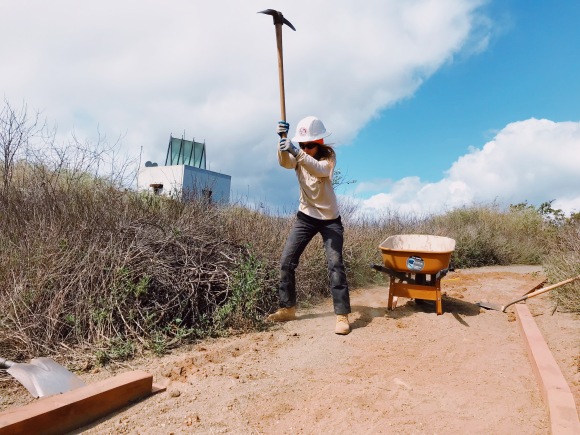 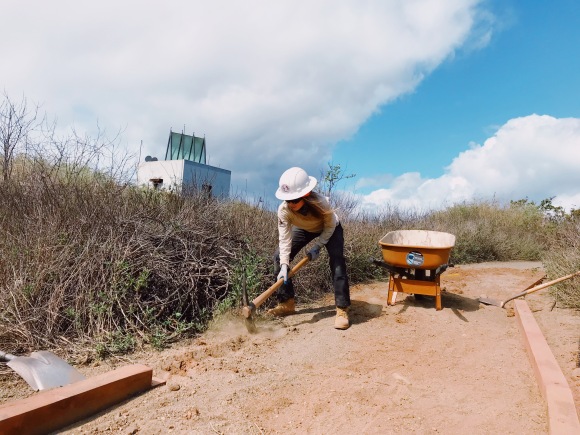 So this was essentially my life for four days. Swinging pick-mattocks, shoveling out trenches, and laying ~20ft beams on either side of the trail. We’d then jackhammer the beams into the ground using rebar for permanence. The work was starkly different than Irvine for several reasons;

Overall, once we got into the ‘swing’ 😉 of things the days went by quickly. I think my favorite part was the site itself. Part of the reason I applied to the Southern California location of ACE was to work around coastal environments so I enjoyed being by the water, marshes and dunes. The Tijuana Estuary is beautiful and provides habitat to several endangered bird species such as the Western Snowy Plover, the California Least Tern, and the Light-footed Ridgway’s Rail. It was good knowing the work we were doing will allow people to enjoy the delicate wildlife responsibly.

For those 4 days of hitch I now have 5 days off before an 8 day hitch. Lots of numbers.

I’ll see ya when I wake up

Oh my gosh, you do look cool! Go, Julia!